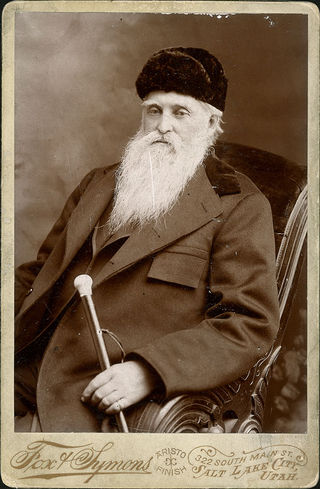 It was a crisp evening in the early fall of 1832 when Jerusha felt the first waves of pain announcing the forthcoming birth of her third child. Jerusha and Hyrum were the loving parents of two daughters, Lovina and Mary, who brought delight into their lives. Tragically, death had taken their two-year-old Mary only five months before. Though Jerusha and Hyrum deeply mourned the loss of their little girl, they couldn't help hoping this child might be a son. On September 22 as the Autumn Solstice arrived, so did their joy as they held their healthy new boy, baby John, in their arms.


The Church was in its infancy at the time of John's birth, and he traveled a parallel path of persecution, loss, and trial in his life that served to make him valiant and strong. John was five in 1837 when his mother passed away only days after giving birth to his baby sister, Sarah. Now with five small children needing nurturing and care, Hyrum was greatly blessed to soon bring a new mother, Mary Fielding, into her home to love and raise the children as her own. Within a few months of Mary's joining the family, persecution drove the Saints from Kirtland to Far West, Missouri. The winter of 1838 was dark and cruel for six-year-old John. His father and Uncle Joseph were being starved and abused as prisoners in Liberty Jail. His family and the rest of the Saints were being driven out of Missouri and he suffered much from cold and hunger. When John's father returned home from Liberty Jail on April 22, 1839, the family moved to a place called Commerce, Illinois, which later became the City of Nauvoo. John again experienced the sorrow of loss when his little brother and playmate Hyrum died in 1841 -- Hyrum was only seven years old.


Nauvoo provided John with the experience of relative peace an safety during which time he deeply bonded with his grandparents, Lucy, and Joseph Senior; his cousin, Joseph Smith III; and other close members of the extended family. His time of safety was short lived, however, in June of 1844 his father and Uncle Joseph were murdered in Carthage Jail by a bloodthirsty mob, and John was left again to cope with the deep sorrow of loss.


The Nauvoo Temple was completed and the Saints performed much work for the living and the dead within the temple walls. In 1846 at the tender age of 13, John received his own endowment and was ordained an Elder. One year later he left his family to travel west with Heber C. Kimball's company to a destination John was not fully aware of at the time. After about three days on the trail, John was overcome with homesickness and returned to his family for a couple of days to regain his courage.


During his stay at home, the Mississippi froze over, so when he was ready to return he crossed the river on skates and soon rejoined his company moving west. On the journey John was required to drive loose stock and teams, herd cattle and horses and do other forms of hard labor. It was during this journey that his association with Heber C. Kimball introduced him to the taste of chewing tobacco. This practice became a trial the would follow him throughout the remainder of his life.


Also during this trek it was discovered John had exceptional tenderness and concern for others. As the company journeyed westward they landed near the present site of Omaha, Nebraska, at the time called Sarpee's Trading Post, among the Pottawattamie Indians. During their stay in that area John became acquainted with Colonel Thomas L. Kane, who had become very ill. Self-sacrificing and kind, John served as Colonel Kane's nurse an healer for two weeks until the Colonel had regained his strength.


After seven months on the trail John received word that Mary Fielding was headed west. True to his nature, John traveled in company with Almon W. Babbitt back about 150 miles in rough terrain to join her. They settled in Winter Quarters, where John went to work building a log house to protect them. In summer he made fences, tilled the ground, and took on a man's job in the hay and harvest fields, providing much-needed support for his family.


On his 16th birthday John drove five wagons down Big Mountain, east of Salt Lake City. It was dark long before he got to camp because the wheel of one wagon ran into a tree about 15 inches through. Before he could go any farther, he had to lie on his back chopping at the tree with a dull ax until the tree was chopped down. The next day, September 23, 1848, the family arrived in the Salt Lake Valley.


John settled with Mary Fielding and the family on a farm in Sugar House. On September 21, 1852, the day before his 20th birthday he suffered another tragic loss when his dear stepmother, Mary Fielding, passed away, leaving him full responsibility to care for the family. By the end of the following year John married his first love, Hellen Maria Fisher on December 23, 1853, and built a small adobe cottage on the family farm. Together they raised five sons and four daughters.


Only 22 years old, young John was called on February 18, 1855, to be the 6th presiding Patriarch to the Church. In his ordination blessing given by President Brigham Young, John was blessed, "and set apart to your calling which falleth unto thee through the lineage of your forefathers ... and we confirm thee [John] to be the first in the Church of Jesus Christ among the Patriarchs, to set apart and confirm other Patriarchs." John never aspired to position or power in the Church but was a charismatic, compassionate servant who cared more about the welfare of people than about institutional requirements.


During the coming years plenty of contention and persecution was aimed against the Church from the "apostate" Smith cousins who had remained in Illinois. 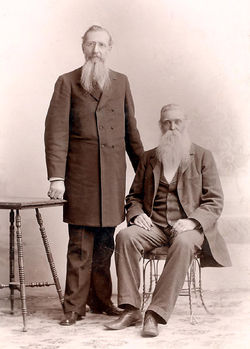 Although it was strictly frowned upon y the leadership of the Church. John continued his friendship and associations with his cousins, especially Joseph Smith III. No matter their false claims against the Church, himself, or members of his family, to John, they were loved ones and would always remain so.


Neither John nor Hellen was enthusiastic about plural marriage so when Brigham Young called upon John to take another wife, it was a great trial to them. When John did marry a second wife, 23-year-old Nancy Melissa Lemmon on February 18, 1857, Hellen was thoroughly troubled and wrote a letter to Joseph F. Smith saying, "Dear Joseph, it was a trial to me but thank the lord it is over with." A few months later Hellen wrote to her traveling husband, "Talk about me apostatizing, God forgave me for I am a later day saint, but the Lord knows that I am know polygamist, and with the help of the Lord I will have nothing to do with it, can you understand that?"


On May 17, 1862, John left Salt Lake City to serve as a missionary and arrived in Denmark September 6, 1862. Four months into the mission John wrote in his journal, "I will here state that nothing of importance has transpired during my stay in Copenhagen ... except my studying the language which is weariness etc." John's missionary journal testifies of his compassionate nature as he was constantly concerned about the welfare of his fellow missionaries and often cared for the sick or injured elders.


John returned home and continued his duties as Patriarch to the Church. Insofar as the Word of Wisdom was concerned, John was caught in the changing values of the Church as the revelation became more strictly regarded. John had difficulty changing. Despite criticism from some leaders and members, John's patriarchal blessings reflected a deep spirituality and gift of eloquence.

John gave 20,659 blessings during his 5-year tenure as Patriarch and traveled hundreds of miles in all kinds of weather, mostly on horseback. John was dearly loved by many and gave his last blessing at age 79, one week before he died of pneumonia on November 6, 1911. 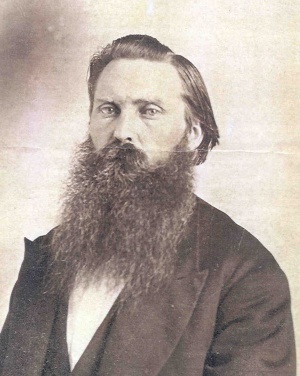 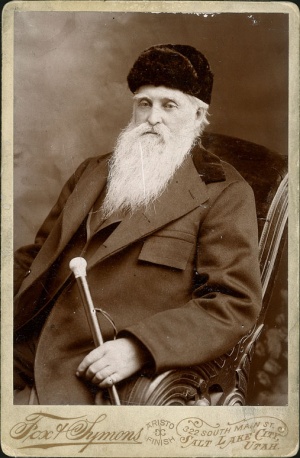 John Smith, Presiding Patriarch of the Church[2]. Patriarch Smith continued his labors as a Patriarch zealously and successfully for the remainder of his life. In December, 1905, he accompanied Pres. Joseph F. Smith and his party to Vermont, taking part in the service when the monument in honor of the Prophet Joseph Smith was dedicated Dec. 23, 1905. Patriarch Smith died at his residence in Salt Lake City, Nov. 6, 1911. From an article published in the "Deseret Evening News" at the time of his demise we republish the following: "Again Israel has been called upon to part with one of its beloved leaders, John Smith, presiding Patriarch to the Church. His has been a long useful life. He has become a familiar figure throughout the Church. Thousands of Latter-day Saints value as most precious mementos the blessings pronounced upon them by the departed servant of the Lord, for they have found, in their fulfillment, an unimpeachable testimony for the truth of the Great Latter-day Work. Patriarch John Smith, like his saintly, martyred father, Hyrum Smith, was faithful to the gospel and to his calling, through trials, persecutions, and hardships of every kind. He never failed to respond to a call made upon him, and he performed every task with due regard for the promptings of conscience. In every position, public or private, military or civil, religious or secular, he labored with zeal and fidelity."[3]