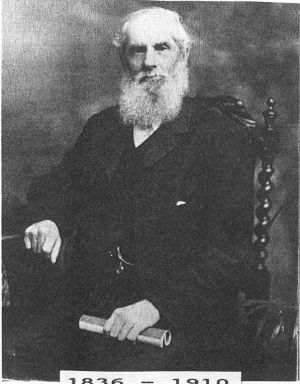 John Wright was born in Scotland and arrived in Australia in May 1860. In 1864, he married Australian born Catherine Gill. According to June Wright—the keeper of the Wright family records, whose husband, Max, is the great-grandson of the original John Wright—John always dreamed of building ships. He built at least three ships with a partner named Claude Rodger in the town of Bungwahl, in the mid north coast region of New South Wales, before selling his share and heading further north. According to June Wright; John walked to Forster, 25 miles (40 km) north of Bungwahl, to visit a friend named Wylie Breckenridge. Wylie was the first white settler in the Great Lakes area, located 190 miles (306 km) north of Sydney. During his visit, Wylie loaned John a rowboat, and he rowed out and saw the lakes, the entrance to the ocean, and the abundance of trees, he soon realized it was an ideal place to build ships. John decided to settle in the Great Lakes region just north of Forster and named it Tuncurry—an Aboriginal name for “plenty of fish.” He took out a 99-year lease

on a waterfront property and built a timber mill, shipyard, a slipway, and other associated buildings. By the early 1880’s ship building was well underway in Tuncurry. The first boat he built was the “Stanley,” which carried timber to Sydney and returned with general cargo. John Wright and Son Shipyards went on to build many ships. John’s son, Ernest, successfully continued the shipbuilding business after his father’s death, and another son, Sidney Garden Wright (who married the Prophet Joseph Smith's granddaughter through Alexander Hale, Ina Inez Smith), managed a large sawmill known as Avalon Mill. The company continued as a successful business until 1958.[1]

John Wright was a devout Presbyterian, and after settling in Tuncurry in 1875, he began holding church services in the laundry at the back of his little house. Every denomination was welcome—Baptists and Catholics and Church of England. There were no other churches in the area, and John ran the services for some considerable time. According to June, John’s first partner, Claude Rodger had a brother living in America, who had joined the “Mormon Church,” but he broke away from the “Mormons” and joined the Reorganised Church. He later came to Australia as a missionary, and before long, John was converted to that faith. In 1910, when John built a proper church house, it became the Reorganised Church of Jesus Christ of Latter-Day Saints.[2] 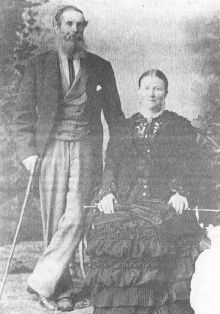 John and Catherine were blessed with ten children, including Sidney Garden Wright. The Wrights felt that their children should receive a good education, and Sidney was sent to a prestigious private school in Sydney called Newington College. Sidney excelled academically and as a sports man, winning many awards. At the conclusion of his studies, Sidney was encouraged to become a missionary for the Reorganized Church. He soon left for the United States to do just that. As a missionary, he traveled to a number of American states and participated in various church conferences, but he became homesick and disillusioned, and told his leaders that he was thinking of returning to Australia.


While visiting the home of Alexander Hale Smith, he met Ina Inez Smith, one of Alexander’s daughters. She was a beautiful redhead and they soon became smitten with each other. Sidney was still homesick for Australia and his family, but he didn't want to leave Ina. He asked for her hand in marriage and she accepted. Following their marriage in Lamoni, Iowa, he took his sweetheart to Australia in 1890. Sidney promised her parents, Alexander and Elizabeth Smith, that he would try and send Ina back every two years. However, it was actually twenty years and ten children later that Ina was able to return to Nauvoo, Illinois—the place she once called home.


According to June Wright, life was initially tough for the newlyweds as they settled in the Tuncurry area of New South Wales. Loneliness was a big problem for Ina. The closest small town was 20 miles (32 km) away, and the only friends she had during the day were their horses and the many native birds, but she settled in fantastically. Sidney and Ina had a total of ten children. In time, as Sidney’s timber business began to thrive, they hired a governess to teach the children, and were able to purchase other creature comforts for their home. 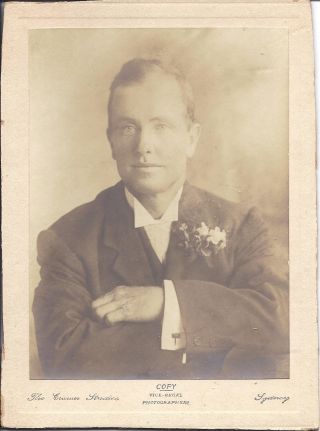 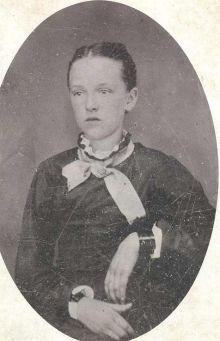 As a result of this union, as of June 2006, Sidney and Ina’s descendants numbered over 300. Although most of them still live in the Great Lakes area of New South Wales, various family members have spread to almost every state in Australia, and account for one third of all the direct descendants of the Prophet Joseph Smith.[3]

Sidney, who was born on July 26, 1869, passed away on August 8, 1936, and was buried in Tuncurry General Cemetery. Ina Enez Smith Wright, who was born November 22, 1866 passed away nine years later, on August 19, 1945, and was laid to rest next to her husband.[4] Although Sidney and Ina raised their children as members of the Reorganized Church, nowadays very few of their descendants are active in that church. Like their cousins in the United States, most of them have since joined other religious denominations.

It is known that Ina’s father, Alexander, an apostle in the Reorganised Church, traveled the world and also visited Australia. According to Michael Kennedy, we know from his records that he named his youngest daughter Coral, because of his experiences in Australia,[5] presumably because of the coral that he saw off the east coast of Australia. Another notable visitor to Tuncurry was George Albert Smith, a distant cousin and an apostle, who later became the president The Church of Jesus Christ of Latter-day Saints. In a note that he wrote to Ina from his hotel in Brisbane before his visit, he addressed her as cousin and told her that he hoped to see her “next Tuesday March 29, 1938” on his way to Sydney.